The Hegel H20 incorporates the latest version of the Hegel FET-technology. A practical benefit of the H20 FET-technology is a more rhythmic sound. It is simply better at re-creating a bass line. Another vital element is the removal of harmonic echoes in the higher frequencies, which result in a lot more detail and still a smoother and more natural sound. The core design of the H20 is based on the H30 reference amplifier, with the best possible implementation of our patented and laser trimmed SoundEngine modules. Also designed in the timeless Hegel look, it will fit in any modern or classic home. Just one single button on the front and a solid bead blasted and anodized front panel. A truly rigid design with well over 1,5 kg of aluminium in the front panel alone.

New too the H20 is bead blasted and anodized top and side covers. This adds to the exclusive look, and the overall design is more consistent. The Hegel H20 is a remarkable power amplifier with power capabilities of more than 130 Ampere. Extremely low distortion levels. Amongst the highest damping factor in the industry, and full control of the loudspeakers. All this to give you the most natural, rhytmic and dynamic sound on the market today.

“Compared to some of the other amplifiers I had on hand, the Hegel H20 was not only one of the better-sounding models but also the least expensive. The Mactone MH-300B, a 30Wpc tube amplifier ($10,000), has a very nice midrange with the ability to flesh out the performers on a wide, deep soundstage. The H20 was every bit as good, and in many respects bettered the Mactone in those parameters, which it’s known to be strong in. Not only that, the H20 had noticeably more extension at the frequency extremes, and enough power to make dynamics sound natural and realistic. I felt that the Hegel’s build quality was much higher, too…

Next, I compared the Hegel H20 to the XLH M-2000 600W monoblocks ($25,000/pair). This comparison was sonically the closest of the three because of the M-2000s’ sheer power. Amazingly, I found that the H20 gave up nothing to the XLHs in terms of power and control, especially in light of the Meadowlarks’ 92dB sensitivity and 6-ohm impedance. The Hegel and XLHs were comparable in bass power and extension, but the H20 had an uncanny ability to reveal pitch definition at the lower registers. And the Hegel sounded faster, with more liquidity in the midrange. Wow!

When I began to listen to the Hegel H20, I smiled — this was going to be fun. I’d listened to amps that I’d borrowed or reviewed that cost several times the H20’s price but couldn’t touch it in terms of overall performance. I was becoming jaded by the escalating costs of audio gear.

But here is a real-world component at an honest price that seems to offer a level of performance that exceeds what you expect to get at the price. This was so refreshing. In the time it spent in my system the H20 gave me no trouble, and was well behaved and completely reliable. There was no humming, no ticks or pops or turn-on/off thumps. Its build quality and finish have understated elegance. And its 200Wpc drew the very best from my speakers without breaking a sweat.

It’s refreshing to come across a company that makes affordable gear that competes head-to-head with the expensive offerings from better-known names. I recommend it as highly as almost anything else I’ve ever reviewed.” 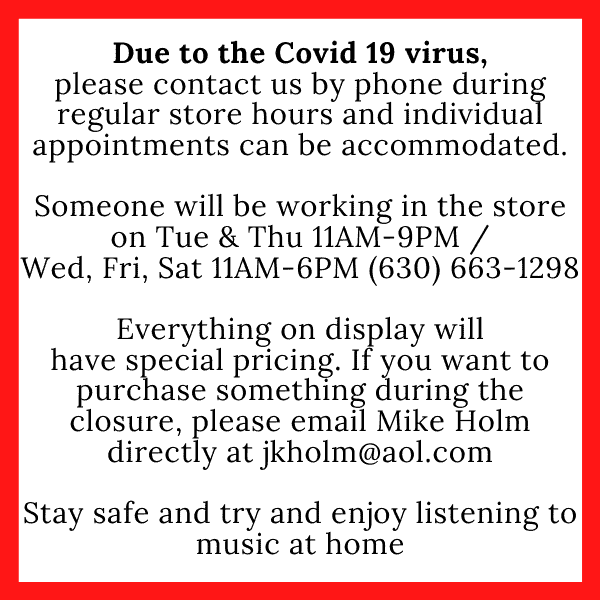 Home
About
Call Us
Catalog
Menu